One day local fishing guide Boots Allen parked his boat to go fish a side channel of the South Fork of the Snake River. While he and his client were away, the dam was shut off for a couple hours and they returned to find their boat 15 feet away from the river, essentially on dry land. “The guy I was fishing with looked at his beer wondering if he was seeing stuff,” Allen recalls. But Allen has seen it all on the river.

Named after his grandfather who first made the Jackson Hole Valley home in 1927, Allen has a long angling pedigree. Grandpa Boots began guiding fishing trips in 1932. Thirteen years later, he opened up an outfitting service in Jackson that he called Fort Jackson. As for little Boots, the bobber didn’t fall far from the pond. With some help from his father, uncles, and cousins, he picked up a rod and reel at 10 years old, and began casting flies at Snake River cutthroat. As he honed his casting abilities, Allen tried his luck on the Snake River, which he now finds the most challenging river for guiding.

Allen’s guiding career began as a necessity to pay for college. His undergraduate years were spent fishing and studying at Washington State University, and he went on to earn a Ph.D. in demography from the University of Texas. Though summers were reserved for honing his teaching skills on the Snake, Allen also began working at a population research center in Austin, Texas. But eventually the pull toward exotic fish and foreign landscapes was too strong to resist.

He tested his angling abilities in places like Argentina, the Bahamas, and Mongolia. When he wasn’t casting a rod or rowing a boat, he passed the time tying flies or writing about hooking fish. He developed 10 commercially produced fly patterns and has authored four books about fishing. In addition, Allen writes for a variety of fly-fishing magazines. He says the “publish or perish” mentality was drilled into his head while writing his dissertation, and this mentality carried over to writing about trout fishing. “Sometimes things flowed so well that I would write for 18 hours straight,” he says.

That hard-working mentality leads him to guide over 140 days annually. Half of these days are typically spent on the Snake River, with the other half on surrounding rivers and lakes. The challenge to catch one of Wyoming’s few native trout continually draws him back. “That fish breaks so many stereotypes,” he says. The Snake River cutthroat is not an easily fooled trout, and Allen’s ability to share his angling skills has made him a sought-after guide. Many clients return year after year for the opportunity to fish with the trout aficionado on his home waters.

Previous Story: Cast Your Fly Where the River Runs 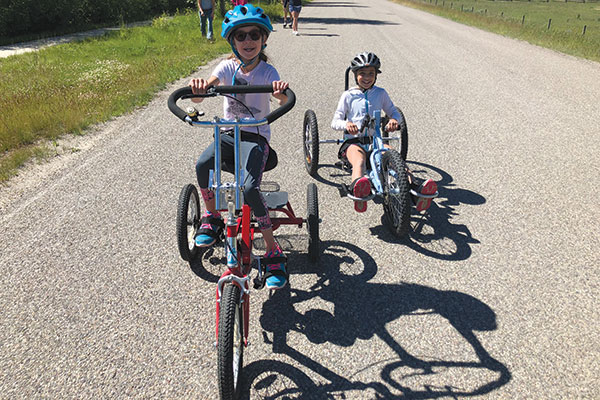 Next Story: Adapting to Get Outside