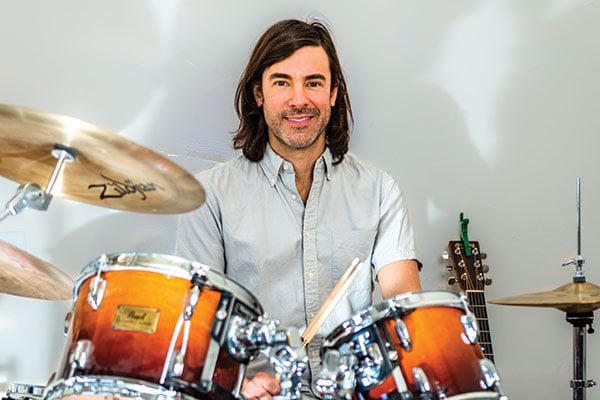 Playing with the Intersection of music, art, and film

Busking on the subway late at night is one of multi-instrumentalist and composer Ben Musser’s favorite memories from his raucous, music-filled life in New York City. While living in Brooklyn, he and the bass player of his band, Benyaro, would head to Bedford Avenue Station at 1 a.m. or later.

“That neighborhood at the time, was college kids, 20-somethings, everyone was in party mode,” he remembers. Ben says 150 people or so would amass while waiting for the next train, dancing and enjoying the music — and each time a train arrived it would bring with it a new audience. Ben loved sharing his music, and the late-night busking was quite successful, leading to shows at storied venues like The Bitter End, Rockwood Music Hall, and
The Living Room.

Ben moved to New York after majoring in music at Vanderbilt University in Nashville and spending a short stint in Austin. And long before that, he was
a child learning to play music — beginning with the drums before adding the guitar, piano, and upright bass, among others. Ben recalls going to a sound check for his father’s band and being so young that the shows were past his bedtime.

Although he enjoyed his vibrant, creative community in Brooklyn, Ben moved to Jackson with his then-girlfriend Camille Obering, a Jackson native, in 2008. The couple are now married with two young children, and call Wilson home.

Ben continues to pursue artistic creativity and growth through several avenues. Alongside Camille, who is an art advisor and curator, Ben built a guest house that’s intended to nurture collaboration within the creative world. Last year the couple collaborated with Millie Brown, a performance artist based in London and Los Angeles, on a contemporary audio-visual art experience. The result was “Photosymphony: A Live Plant Orchestra.” For the project, the guest house was filled with native Wyoming plants, and Ben created sound design to translate the slight currents or vibrations given off by the plants into MIDI (Musical Instrument Digital Interface). Frequencies from the plants dictated, in real time, various sounds of nature or stringed instruments. The installation took months of planning, over a week of soundscape wiring, 500-square-feet of sod, and thoughtfully placed aspens, willows, yarrow, and echinacea.

“It had never been done, so we didn’t have a reference to work from,” Ben says. The immersive experience exposed guests to the musical communication of plants paired with Teton views. “It was beautiful,” he says. “We didn’t want the plants to die — after, we replanted everything across our property.”

Another of Ben’s recent endeavors was creating an original score for the feature film Searching for Fortune. It was an opportunity that materialized after he showcased his music at the Sundance Film Festival. The film’s director and producer approached Ben and said they were looking for an Americana score and soundtrack that conveyed the feeling of self-discovery in the mountain West.

“I wrote original music for acoustic guitar, upright bass, piano, drums, harmonica, and vocals,” Ben says. “That became the original score, and we also used Benyaro recordings as part of the soundtrack.”

Ben seems to have a knack for building on each success, always pursuing new opportunities for creativity. His band, Benyaro, where Ben sings lead vocals and plays the acoustic guitar, harmonica, and quite a few percussion varieties concurrently, has toured extensively across the country. Their 2017 album One Step Ahead of Your Past was critically acclaimed and led to performances at South by Southwest Music Festival, Treefort Music Fest, and Sundance.

Ben is currently in the process of creating a new full-length album with help from Scott Mathews, a producer who has worked with David Bowie, The
Beach Boys, Roy Orbison, and Eric Clapton. “I’m very excited about working with him,” he says.

Ben has certainly found success building a career that includes music, art, and film. “I’m ambitious,” he says. “I want to be an artist in all senses of the word. I want to create good music and art, and collaborate with other artists and musicians to create art that inspires people.” 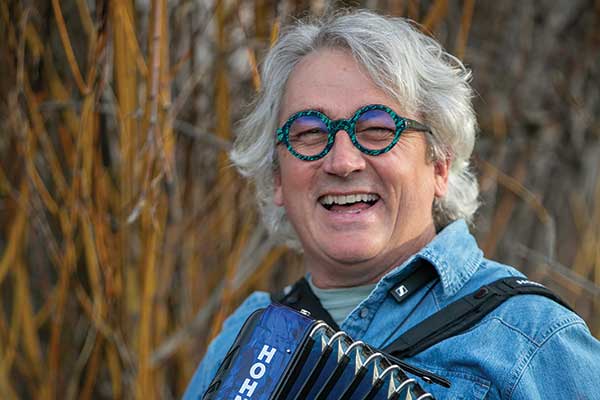 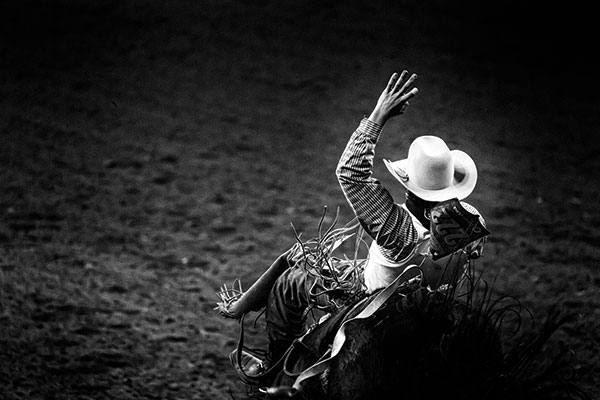