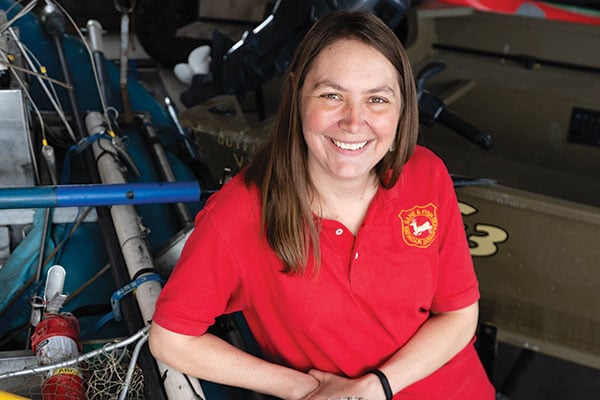 Diana Miller might stop and peer under a few logs if she passes a creek while out horseback riding. She’s looking for fish. When she sees a car accident near a river, she thinks of the people involved, and also how the crash could impact the river if fuel or fluids leak from wreckage or the car itself goes into the water.

“I don’t think that anyone who works outdoors would say their job hasn’t changed them,” Miller says. “The more you know, the more you realize how much you don’t know.”

Miller, a fish biologist with Wyoming Game and Fish, grew up at the Absaroka Mountain Lodge, a guest ranch on the North Fork of the Shoshone River near Cody, Wyoming. The surrounding national forest was her backyard. Miller and her dad worked with horses at the lodge, and the outdoors became her passion. She knew she wanted to find a career related to her love of being outside and decided to study wildlife biology at Colorado State University. She was more interested in “fuzzy critters,” until she took a summer fisheries technician job in Jackson.

Before, she had worked as a wildlife technician studying snowshoe hares, but in one summer she saw only two and spent most of her time counting the animals’ scat. But as a fisheries technician she interacted with hundreds of fish. The ability to actually touch what she studied made her fall in love with fisheries.

"I don’t think that anyone who works outdoors would say their job hasn’t changed them."
Diana Miller 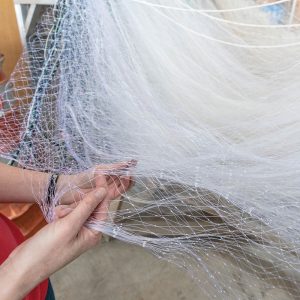 Miller went to the University of Wyoming to get her master’s degree, focusing on fish, specifically bluehead and flannelmouth suckers. She became a fish biologist with Wyoming Game and Fish in Jackson after she graduated in 2007.

Now, she works with a variety of fish, including native cutthroat trout in the upper Snake River drainage. Much of her work is monitoring populations, which she does by electrofishing, or using electrical currents to immobilize fish.

“You are so involved on the ground with these animals trying to figure out what makes them tick,” she says. “All the different species work together. It’s a unique system. The pieces are so interconnected.”

Through the years she’s watched the fly-fishing community grow, but also transition to more catch and release. The fisheries in the area have remained steady and resilient.

This summer Miller is studying fish movement in highway culverts and trying to predict how that might change with new road construction. She’s
also returned to working with bluehead suckers, a species she studied in graduate school, trying to determine where the juveniles live in order to protect their habitat.

When she’s not working in the winter she cross-country skis and knits. In the summer she rides horses, hikes with her husband and 2-year-old
daughter, and floats the river. But she rarely goes fishing for fun. She catches enough fish at work.