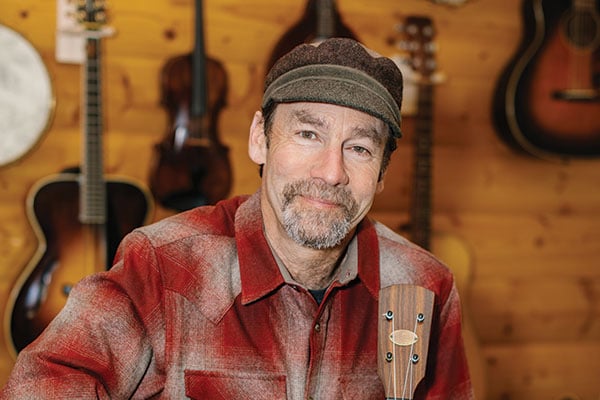 Thirty-some years ago, the Jackson band Loose Ties were on the cusp of breaking into the national scene. They won the band contest at the 1986 Telluride Bluegrass Festival and the following year, placed second behind Alison Krauss & Union Station in a national ranking of best new bluegrass bands. Fresh out of college, the band members were just getting by and the lure of going big time was powerful.

“We went to Nashville on a tour. We thought maybe we’d be heard by someone who matters,” says Victor resident Ben Winship. Ben was one of the original band members alongside his high school friend Ted Wells and Ted’s college buddy, Phil Round. Today, all three men are well-known in the Jackson music scene.

“We played three gigs, and I think we made $37 each total. It was a wake-up call as to how desperate people were to play,” remembers Ben of their time in Nashville.

That experience confirmed for Ben that he wasn’t willing to sacrifice his lifestyle in order to achieve fame. Instead, he and the rest of the band chose to pursue music closer to home. It was a decision that changed Ben’s definition of success — a definition that includes a balance between music and quality of life.

“I remember distinctly when Loose Ties opened for New Grass Revival. It was right when Béla Fleck had joined the band. We idolized those guys,” Ben says. “But one of us commented on how pale Béla was, and Ted said, ‘He’s never going to have a powder day.’ That was an early recognition of how different our lives were.”

However, today, Ben’s regional music focus seems to be evolving. In 2019, he released two albums — Acorns and Toolshed — that have earned widespread critical acclaim. Folk Alliance International put Acorns on its list of January 2020 top albums and named Ben one of the month’s best artists even among other, more-famous musicians like Bob Dylan, Pete Seeger, and John Prine. It’s well-earned recognition for a man who has dedicated his life to making music behind the spud curtain in rural Idaho; a man who is, according to Craig Havighurst from the Tennessee roots radio station WMOT, “the best neo-folk writer/picker you don’t know enough about.”

Ben is known to be a mandolin virtuoso, but he plays a number of other instruments just as well, sings, writes songs, and teaches and produces music — somehow also finding time to ski, bike, fish, raise two sons, and grow a garden. He lives with his wife, Caroline Herter, in a house he first noticed while living in a Victor rental with Ted in 1986. When Ben and Caroline first moved into their current house it was dilapidated and “mousey,” so Ben was able to get it cheap — $7,500 — and fix it up. Today, it also includes a workshop and The Henhouse, the studio where Ben has recorded hundreds, if not thousands, of musicians over the years.

Ben is constantly juggling musical projects; playing with a wide variety of musicians both professionally and for fun — but he hadn’t done any solo projects for 22 years. A trend that changed last year.

“I’d built up a fairly large backlog of stuff I wanted to do,” Ben says. “It took me a while to figure out how to present the material.”

Acorns is a collection of old-time string music. The songs were recorded in Ben’s studio with friends gathered around a microphone in the traditional style, playing live until they got a version they liked.

“Toolshed is a studio laboratory experiment,” Ben says. “I took every kind of music I like and threw it together. I corralled a number of touring musicians to drop by the studio when they were passing through town, plus I had friends from London to New Orleans who sent overdubbed files via the internet. There was no way I could have put together the band I wanted in one place.”

In reviewing the two albums for PopMatters, reporter Rich Wilhelm wrote, “While Acorns is focused, and Toolshed is eclectic, the two albums share the strengths of Winship’s songwriting and the fine musicianship of all involved. Which album is ‘better’ will ultimately come down to a listener’s taste, but both have much to offer.” 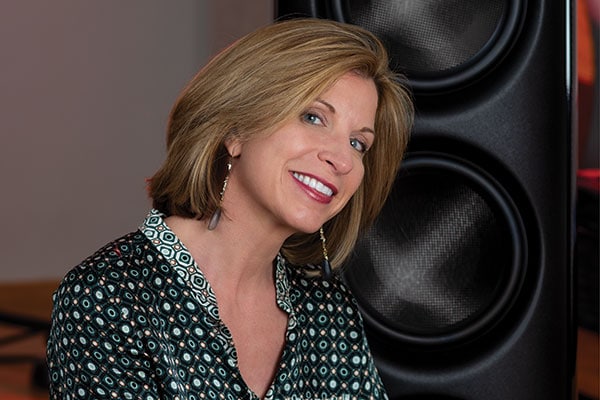