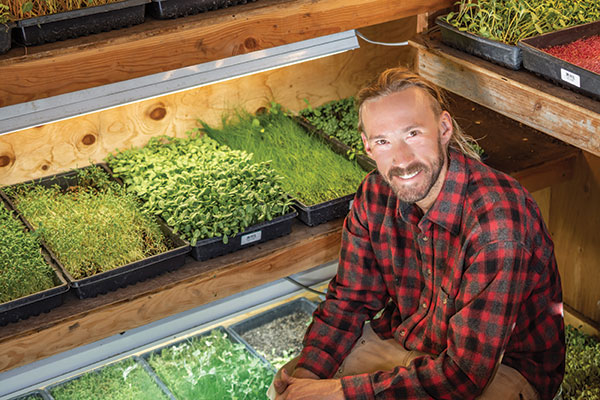 Miniature, healthy greens ranging in hue from bright, electric green to deep, earth emerald sprout from soil trays, stacked together on the wooden shelves of what used to be an old water pump shed. Alex Feher, a full-time farmer at Huidekoper Ranch, transformed the lifeless old shack into a greenhouse that supplies microgreen varietals like sunflower, radish, shiso, cabbage, and kale to numerous restaurants in the valley. In winter months, when fresh local greens are scarce to none, Feher can hardly keep up with demand.

Microgreens, which have gained popularity in recent years for their nutritional value and interesting flavor profiles, are actually seedlings. Feher explains many suppliers grow them hydroponically, but he prefers to plant them in soil like he would any other crop. This “tougher” method makes the greens more susceptible to rot and pests, but produces better flavor, color, and nutrient density, he says.

His methodology is no surprise, since Feher doesn’t tend to take any easy shortcuts. His childhood dream of becoming a farmer was rekindled when he took a permaculture class after earning a bachelor’s degree in environmental studies.

Following an apprenticeship at Greyrock Farm in upstate New York, Feher took a snowboarding break in Jackson. He began working at the Aspens Market in 2015 and soon he was growing microgreens there in response to customers’ demand for local produce.

rally (it ended up being canceled, but Feher didn’t get the memo) led Feher to meet his current ranch manager, Nate Fuller, and Nate’s brother-in-law, Brent Tyc. Fuller’s grandmother, Virginia Huidekoper, once ran the first garden in Jackson that sold to restaurants, and both Fuller and Tyc longed to grow food on the ranch. Feher was the perfect man for the job, and they brought him on board to start an organic vegetable farm, before Feher migrated his microgreen business to the ranch in 2016. 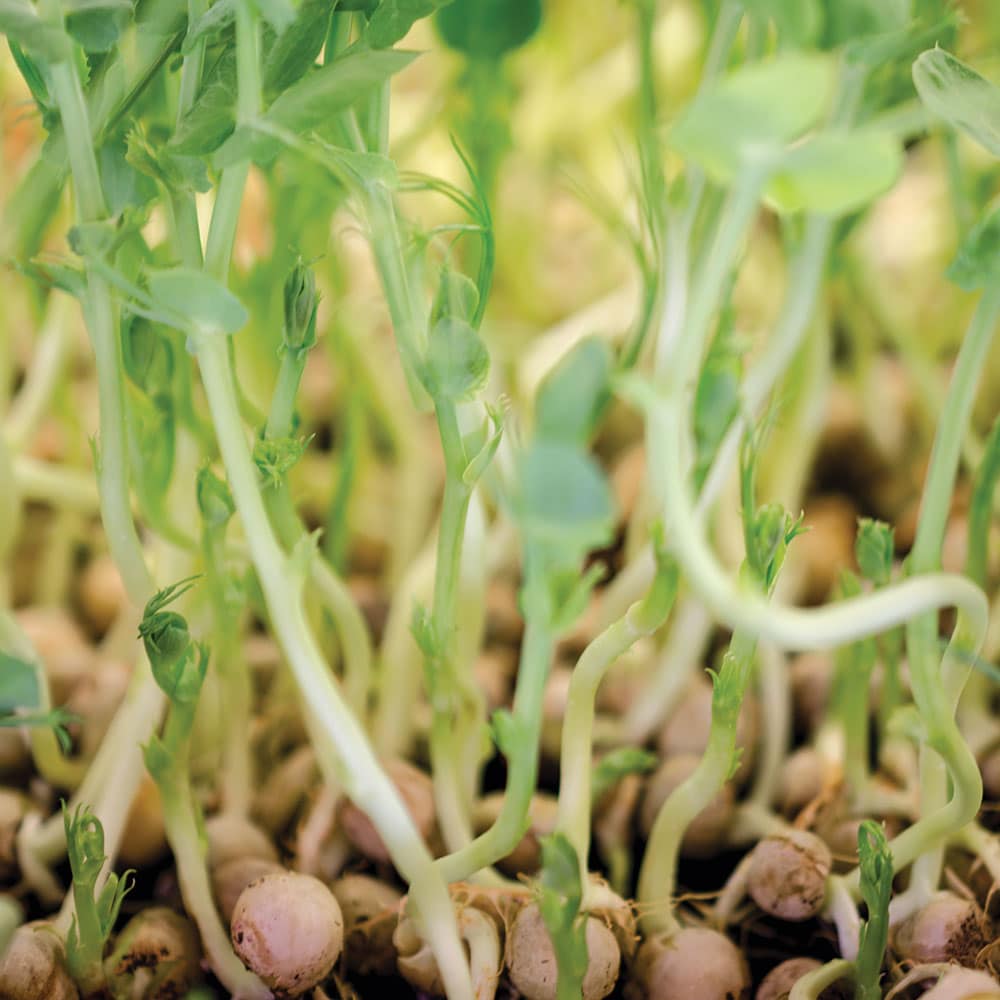 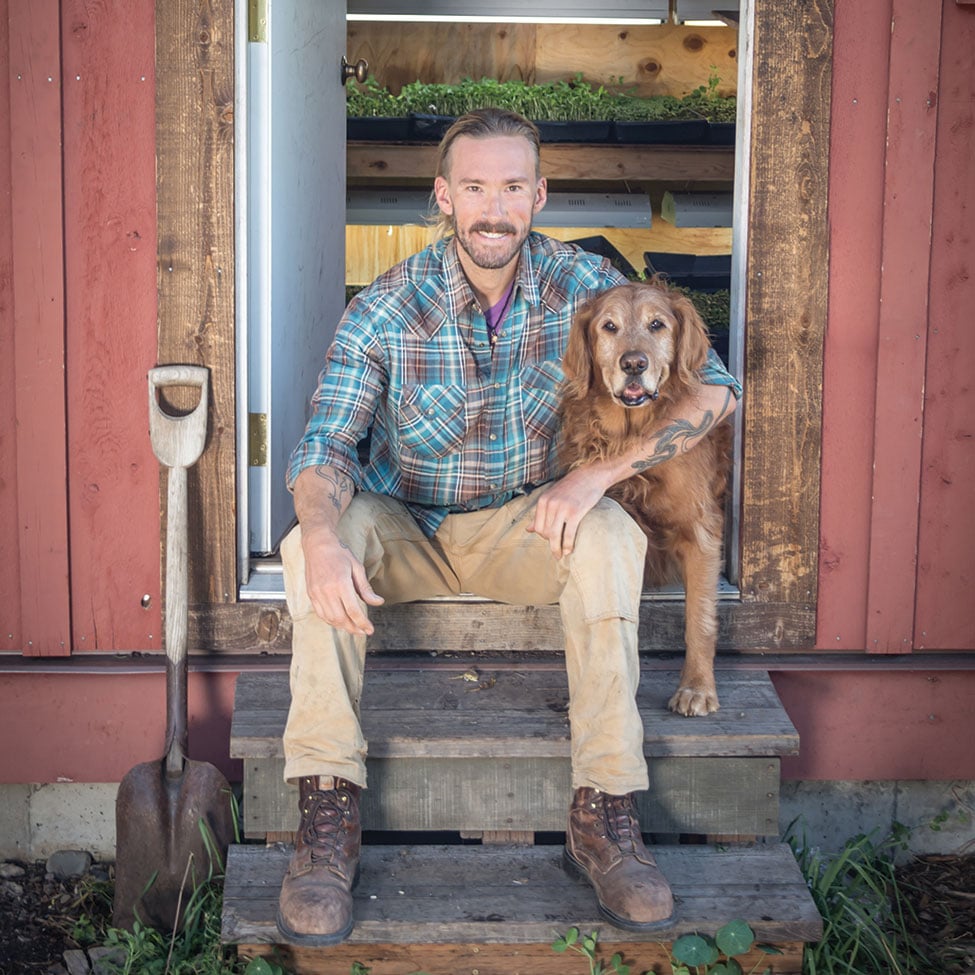 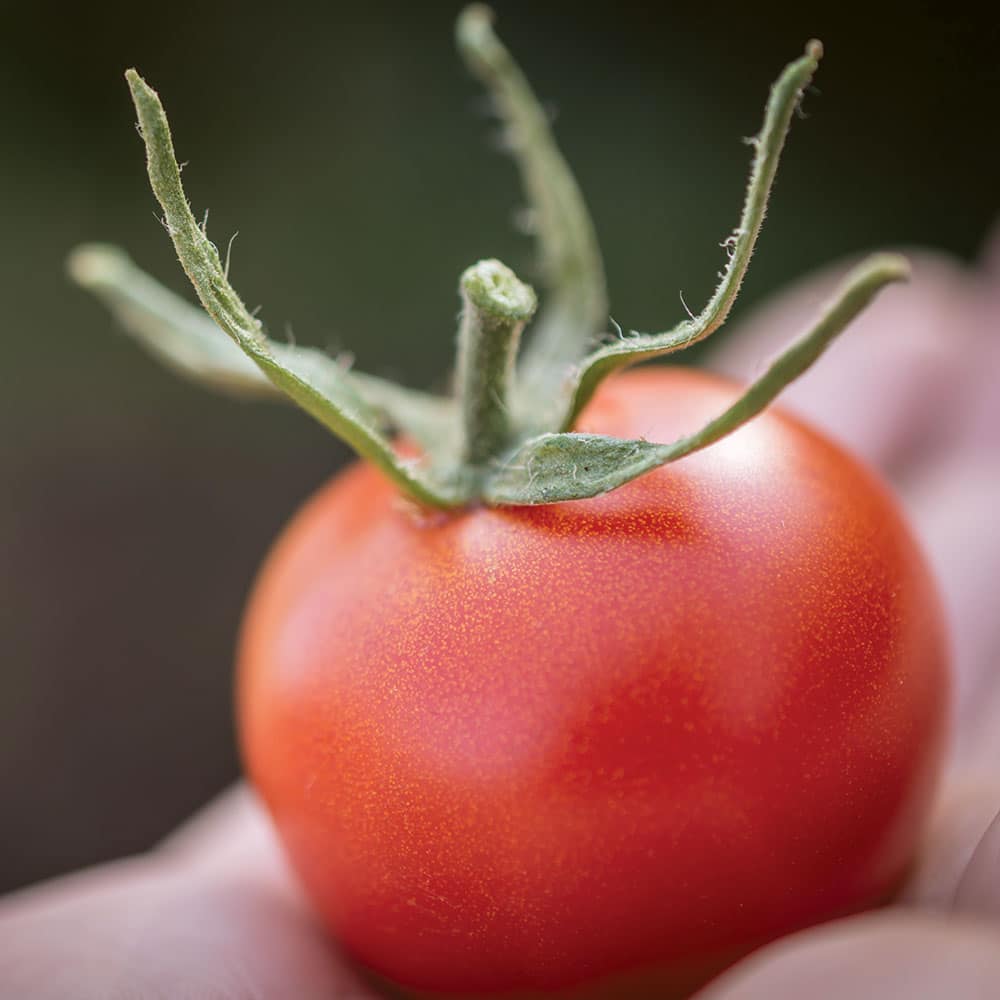 A love for permaculture and heavy music might seem a bit contradictory at first, but it’s impossible to put Feher in a box. When he’s not getting his hands dirty at the ranch, he is busy planning the next Fire in the Mountains Festival, which Feher and his buddy Jeremy Walker started in 2015 in an effort to bring a variety of heavy music to the Tetons, including everything from heavy metal to gothic/folk country to outlaw bluegrass. “I love heavy music with a passion,” Feher says. “I love the technicality of the musicianship, the profoundly poetic lyrics, the melody, the beauty within the chaos.”

Feher has big plans for the music festival, for expanding the ranch’s production, and for learning more about foraged and medicinal plants. His approach is always intense and intentional, like the music he loves so much. “We can all do better,” he says. “We should all be stewards of this land, this Earth.” 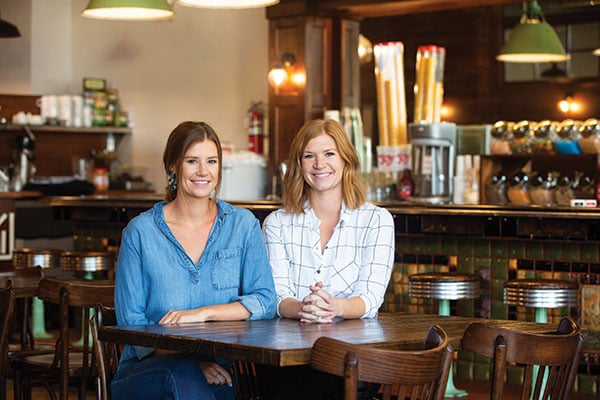 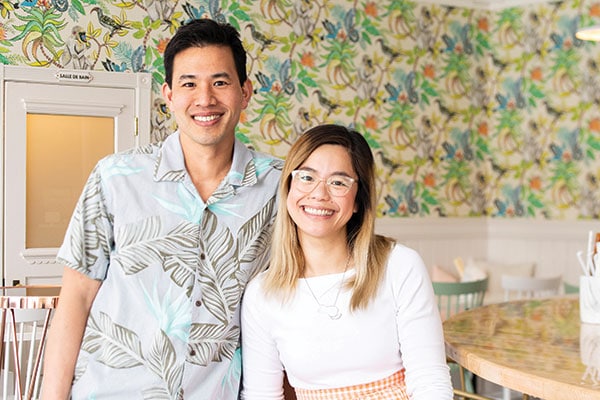 Next Story: A Perfect Balance