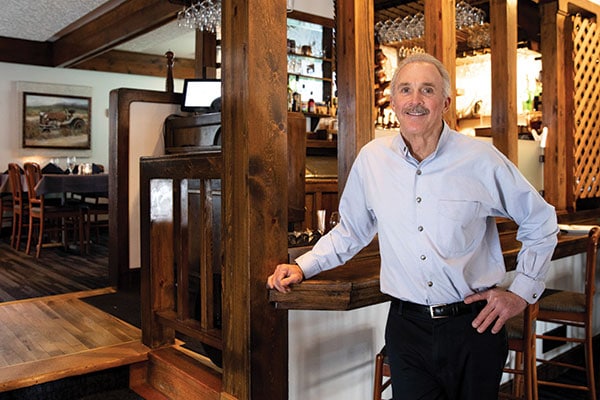 As an 18-year-old, Ned Brown knew that he belonged in the mountains — a place where he could find solace clipping into his bindings and making turns each day. He left Southern California and plopped down in Colorado, attending the University of Colorado in Boulder and studying business and marketing. While going to school, he worked in various Boulder restaurants and got out in the mountains every chance he could. This two-ingredient recipe — food and mountains — gave him a post-college focus: to own a restaurant in a ski town and combine his passions.

Ned had his mind set on moving to Aspen or Vail after graduation, but during his senior year of college he came to Jackson on a spring break ski trip
that would shape the rest of his life.

“That was all it took, and here I am,” says Ned. He made the move in the summer of 1978 and began looking for a space where he could make his dream a reality. The Blue Lion, an elegant historic house built in 1938 was on the market, and he decided to act.

The quaint two-story building with light-grey siding and blue trim is perched on North Milward Street and welcomes guests with its charming outdoor patio shaded by a magnificent willow tree. The interior has a warm, homey feel — there are beautiful stained-glass windows, a wooden staircase, and the soothing sounds of acoustic guitarist Marco Solitz, who has played at The Blue Lion for the past 12 years. 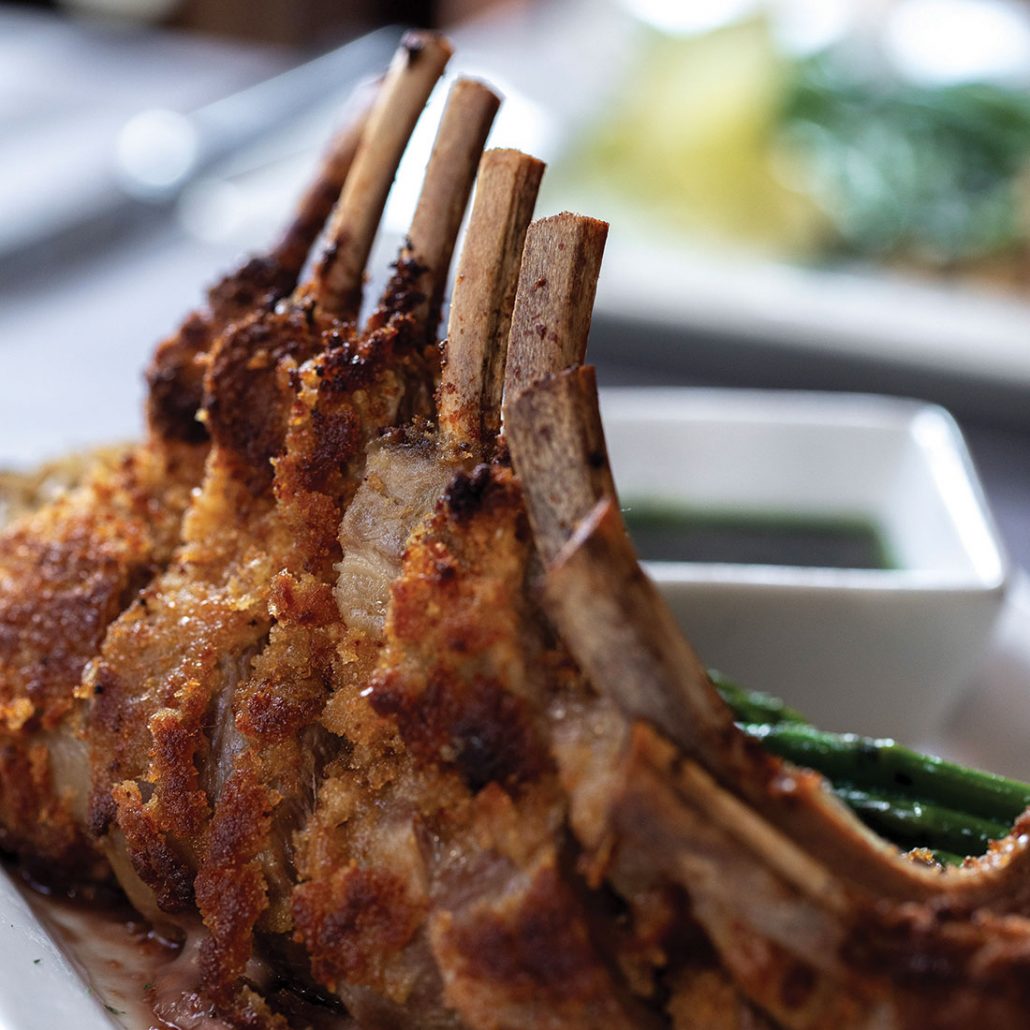 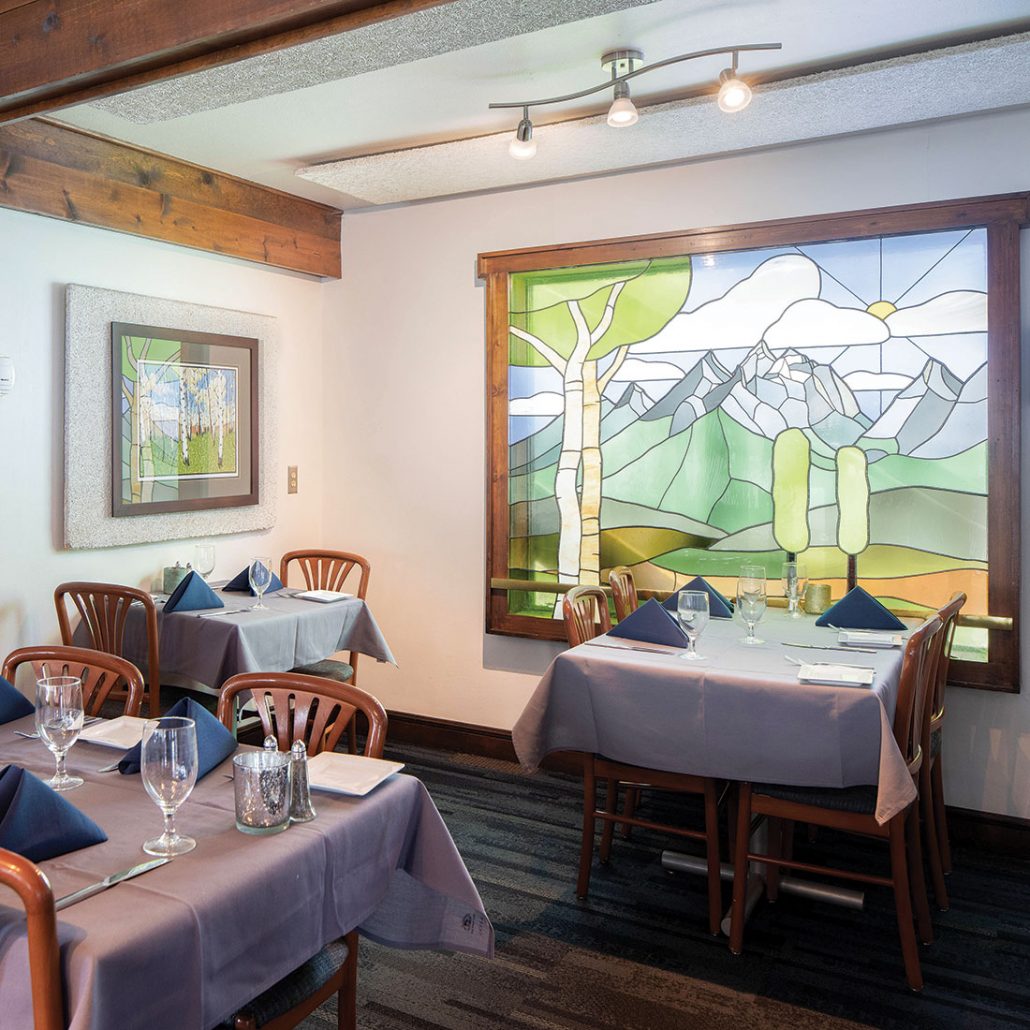 Back when Ted first moved to town, he planned on opening a Mexican or BBQ restaurant, but that all changed when he bought The Blue Lion and met the restaurant’s previous owner, Karen Scott. Karen had attended culinary school in France and established The Blue Lion as a French restaurant. Ned decided to keep Karen’s menu, but added in an eclectic mix of dishes that have drawn locals and visitors back week after week, year after year.

“A lot of locals are frequent diners. Some people come in once a week and always get their same table,” says Ned.

From wild game to fresh seafood, the innovative menu remains impressive. Tim Libassi — who was the head chef for three decades — perfected the New Zealand roast rack of lamb, a dish that will remain an everlasting favorite of locals and visitors alike. The Blue Lion continues to evolve its menu with house specialties that include buffalo tenderloin with a wild Montana huckleberry sauce, lemon-parsley trout (fresh from Idaho), and elk tenderloin served with wild mushroom port sauce. Dishes are frequently paired with a bottle of wine from The Blue Lion’s extensive list of local and international favorites.

Ned has come a long way from his days as a California boy searching for a life of food and adventure. The Blue Lion is a testament to his success and an important player in the lives of its patrons — from love stories unfolding over weekly date nights to 12 years of acoustic vibrations running through the historic house where people have gathered year after year. 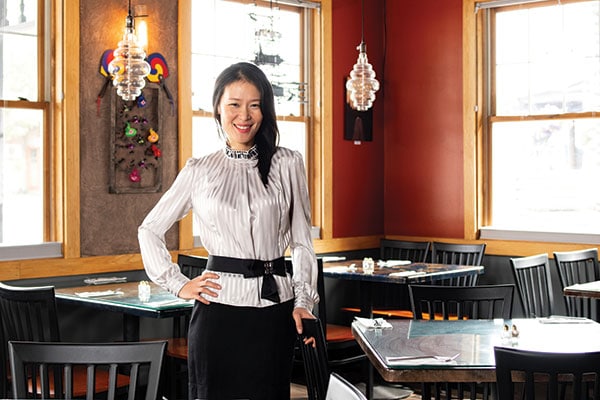